Which coins are you invested in? 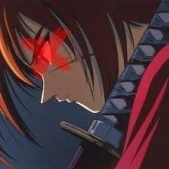 I originally trade forex and I still do. I've been trading crypto for a year now and been learning it by heart. Of course I've been beaten up here and there. Slowly I managed to got back up, this time

Ravencoin. It's doing great last days. And it's full in development cause it's open source. It wen't from 300 satoshi's to 900+ satoshi in a week.

I've stated looking into Ripple. It really seems like it has a lot of potential and has the ability to make huge amounts of returns, although still a very risky investment. Most of my investment is in