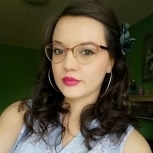 As you all already know, us from your lovely 24/7 Support team, use our real names as a definitive mark or recognition on the chat accompanied with that shiny green S in the front   I have noticed

Rack001 - Changed Hacker to Racker(gaming name) then shortened it to rack001  Sillyghost - I wanted to develop an fully anonymous coin - GhostCoin (dreamzzz lool) , and someone called me "silly"

"eldrin" - first name "dc" - middle initials "m" - last name I still have no idea why my parents named me Eldrin. Asked them several times, they just always say that they also don't kno