Tip: Splitting this card you never think to split 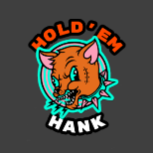 I was having a discussion with a friend the other day about blackjack and he told me something he always does that i first thought sounded stupid but then I realized was actually smart.   We al