discrimination between the rich and the poor 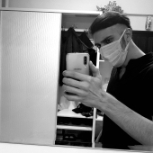