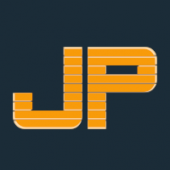 I gotta say I kinda agree with everything both of you say. The VIP Challenges most of the time are hard hitting challenges if you don't have like 20000$ on your account. And if you just manage to do t

I think that 1 of 2 actions should be taken regarding the VIP promotions: 1. Increase the prize pool substantially to accommodate the number of VIP's posting. This week the prize pool from 11th p

I agree a little bit that now the prizes are getting smaller but I believe that is because of the massive amount of entries. I have a good solution to cut this down. How about prizes should be ba