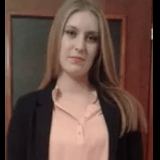 By MilicaR,
July 10 in Finished

You can claim prizes on the link below until the 04th of August: CLAIM HERE Make sure you are logged in to the proper account Wow. Congrats to the 47 winners! Rewards are increased for