By brad17,
September 14 in Sportsbook Discussion

Hey guys! So as you guys know, we do our weekly betting tips every week on our blog. We're going to give you guys the chance to not only feature in our blog, but you could win a $20 bonus! A 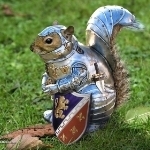 Only if your bet was featured on the blog.