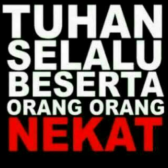 Definitely Alfa Rome Giulia, I can't afford it right now. But because Alfa loses in price very fast I just need to wait  for 3 to 4 years

Hm, I just found out about this topic and every car is beautiful in it's own way, anyway, I already have my dream car in my garage, don't want to reveal it exactly, but it's an "85 Opel 2 door coupe.